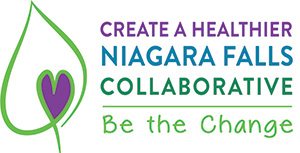 Ashe works with others to help breathe new life into his struggling city of Niagara Falls, Brian Archie often thinks about the house on 13th Street where his grandparents once lived.

‍
James and Ada Williams were among the first African Americans from the"Jim Crow South" to move into the North End neighborhood in the late1940s. Their home became a place where people gathered to talk, eat and pray. The couple helped raise lots of kids from the surrounding blocks, and helped start Mount Zion Baptist Church.

‍
A nearby community center, shuttered for the last dozen years, is among the vestiges of that time a half-century gone, when the Falls had roughly twice as many residents, and Canadians across the Niagara River envied the American tourist district.
Archie believes that the well-being of city residents has roots in such decay.

‍
“That old community center is a big detriment to the neighborhood, a sign that people don’t care," he said. "It’s hard to break people of that kind of despair.”

‍
Archie is among the volunteer leaders of Create a Healthier Niagara Falls Collaborative, a grassroots group designed to take aim at a community that in recent years has found itself near the bottom of New York State health and wellness rankings.
The collaborative was born out of a task force launched by Mayor Paul Dyster in2009, after a state health commission urged Niagara Falls Memorial Hospital and St. Mary's Hospital in Lewiston to discuss a possible merger.
Talks broke down amid concerns over autonomy of the city's hospital. They also underlined the pressing health challenges the impoverished city faces. Collaboration leaders aim to tackle those challenges using resident-led projects that address poor eating habits and other unhealthy behaviors, improve the city housing stock, and build more partnerships with others who can help get the job done.
"We would love to see this structure happening in other places," said Jessica Thomas, a program manager with Population Health Collaborative, a regional public health planning agency.
The agency, once called the P2 Collaborative, serves eight Western New York counties – including Erie, Chautauqua, Niagara and Cattaraugus – which finished57-60, respectively, out of 62 counties statewide in the latest county rankings for health outcomes.
“I think we have something really special going here with residents building their capacity to lead, knowing how to engage others, and we have a critical mass of residents and projects now," said Shelley Hirshberg, the former Falls task force and P2 leader who helped the Falls collaborative get up and running.